A pressure safety valve (PSV) is a failsafe used to protect people, property and processes from process over pressure. Designed to open immediately to relieve pressure when system pressure reaches a certain level, known as the set pressure, they then close back up to prevent the further release of fluid or gas once normal conditions have been restored. PSVs are essential to the protection of lives and equipment, particularly in the oil & gas, power generation, water/wastewater, aerospace/aviation, steel manufacturing, and chemical/plastics industries. They are purely mechanical so they’re capable of operating at all times and are considered the last resort in preventing catastrophic failure in systems under over pressure conditions.

The Importance of PSV Testing

As the final link in the safety chain, safety valves need frequent testing to ensure they’re in good operating condition and functioning properly. The mechanical parts can stick closed, wear over time and exposure to contaminants and corrosion can affect the resealing or closing of the valve seat after release that could result in a leak. Depending on the industry in which they’re being used, it’s recommended that they’re tested at least every 1-3 years, or more frequently depending on previous inspection history.

How to Perform a PSV Crack Test

PSVs should be tested at their operating pressures and temperatures. A test can be performed "in-situ," while the valve is still in service, but the set pressure is often challenging to create in the field so they’re more commonly removed from the system entirely and taken into a lab/test center for bench testing.

To get started you’ll need to connect your PSV, a pressure reference gauge, and an external pressure source. Be sure to follow ASME Section VIII standards for the type of valve being tested.

Step 1: Before you start testing, determine the set pressure of the PSV. Every PSV has a set pressure engraved on the tag riveted onto the body, which is the reading at which the valve should pop open to quickly release pressure. Be sure that the gauge you’re using has the correct measuring range to accommodate the set pressure.

Step 2: Apply pressure from your external pressure source until a sudden release or pop action is observed. Record the reading at that exact moment.

Step 3: Slowly decrease the flow of pressure and record the reseating pressure value, or the pressure point at which the valve closes. If the volume of your pressure source is too low, this will happen instantly and the lower pressure may be difficult to record.

Though the basic PSV testing procedure is relatively easy to perform, results are certified by a technician based on simple observation with little hard data to back it up, and certificates are signed and issued with little to no traceability other than the technician’s word. Even two highly trained technicians observing the same test may record different results, which highlights the inherent potential for human error in this type of standard PSV test.

The Ralston FieldLab - a Better Solution for PSV Testing

Accurate testing of PSVs requires extremely precise measurement of the cracking pressure when the valve lifts, and the exact moment when the valve reseats. The FieldLab’s unique PSV/PRV test mode detects the PSV crack pressure and reseat pressure by logging pressure at 200 times per second - far quicker than the logging rate on other devices. It allows the technician to conduct the test and record all of the data directly on the gauge, and then transfer it electronically to a PC where a test report with graphs, customer data, tag data and other required information can be output and shared. It can also perform a leak test and make a judgement of pass or fail based on the ASME standard.

Discover a better way to run PSV tests with the Ralston FieldLab.

PSV or PRV - What’s the Difference?

Though the terms Pressure Relief Valve (PRV) and Pressure Safety Valve (PSV) are often used interchangeably, it's important to understand that PRVs are designed to control pressure in a system. They open gradually in proportion to increasing pressure and are mainly used in fluid or compressed air systems. A PSV is strictly a safety mechanism with no attempt to control the pressure. PSVs open immediately and fully with a "pop action" when the set pressure is reached. 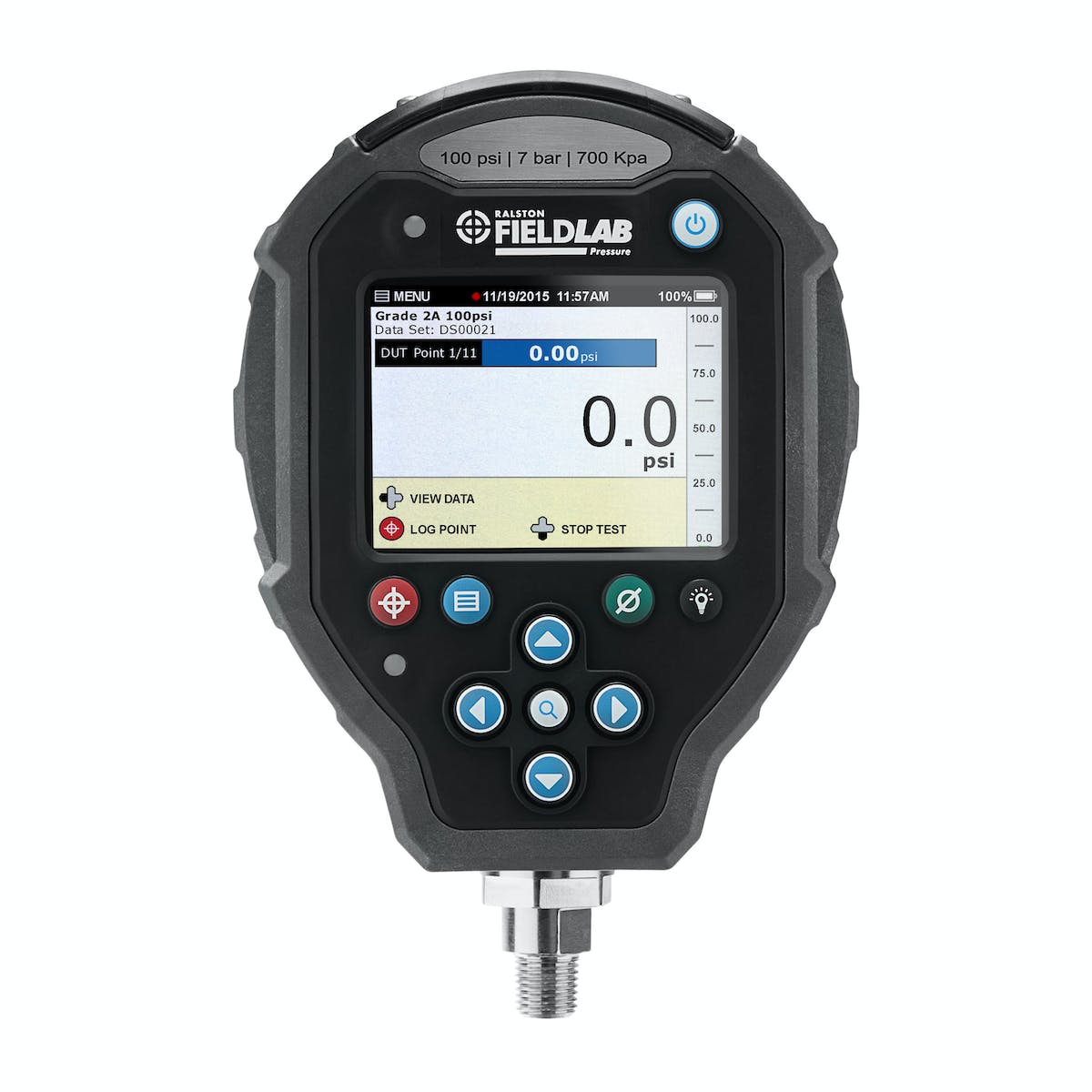 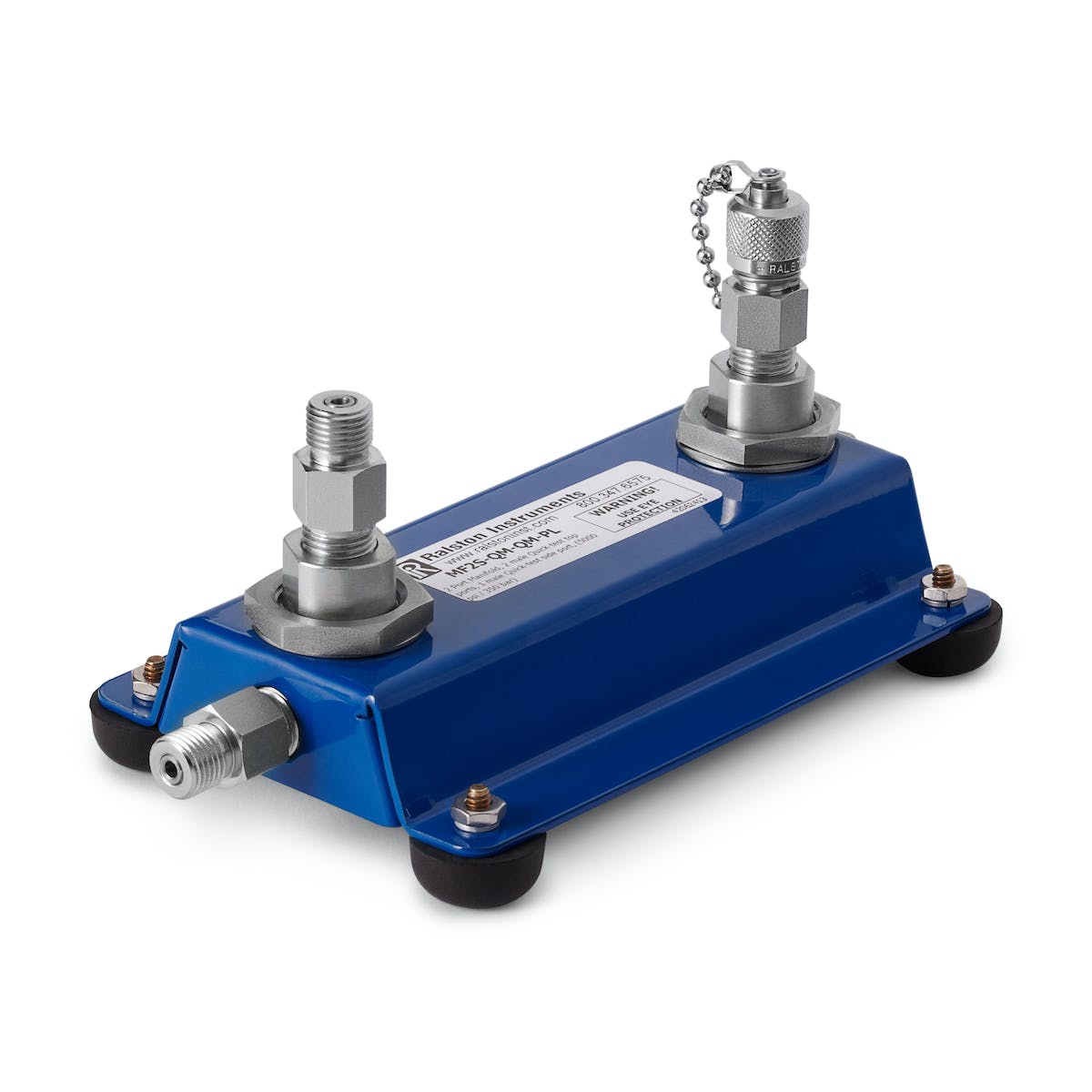 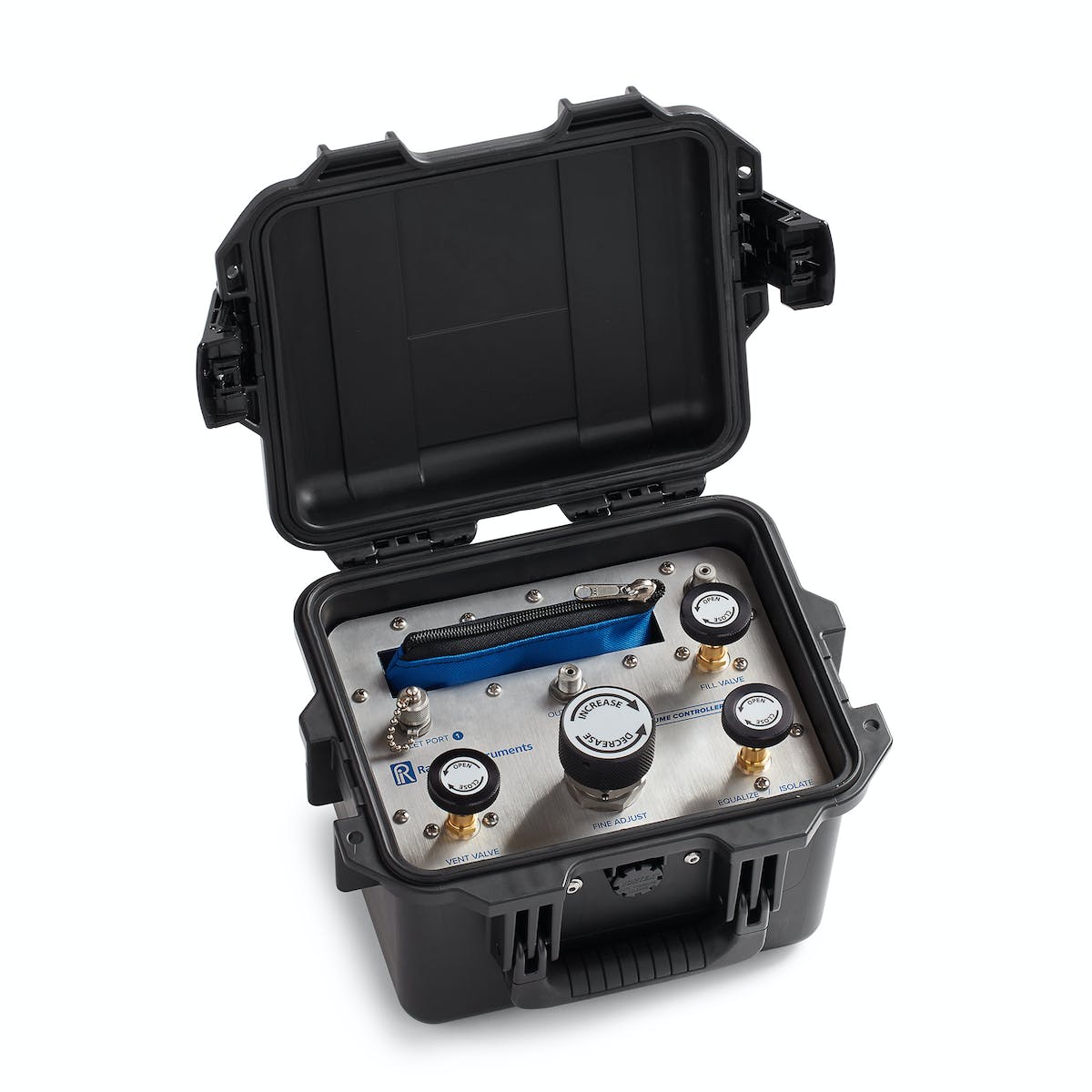 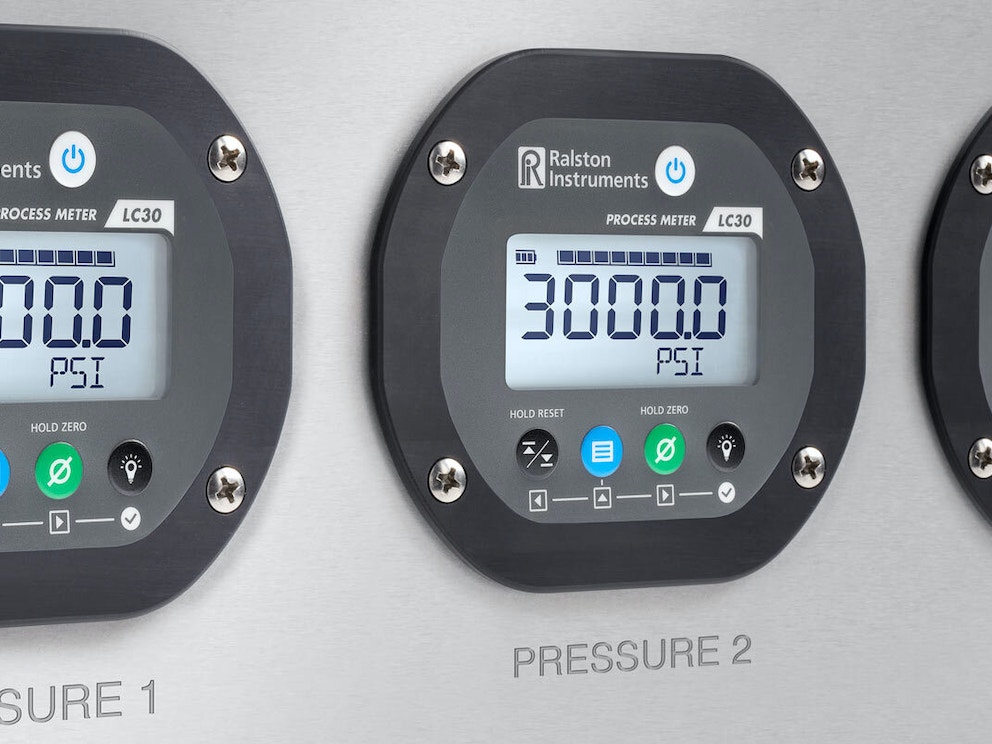 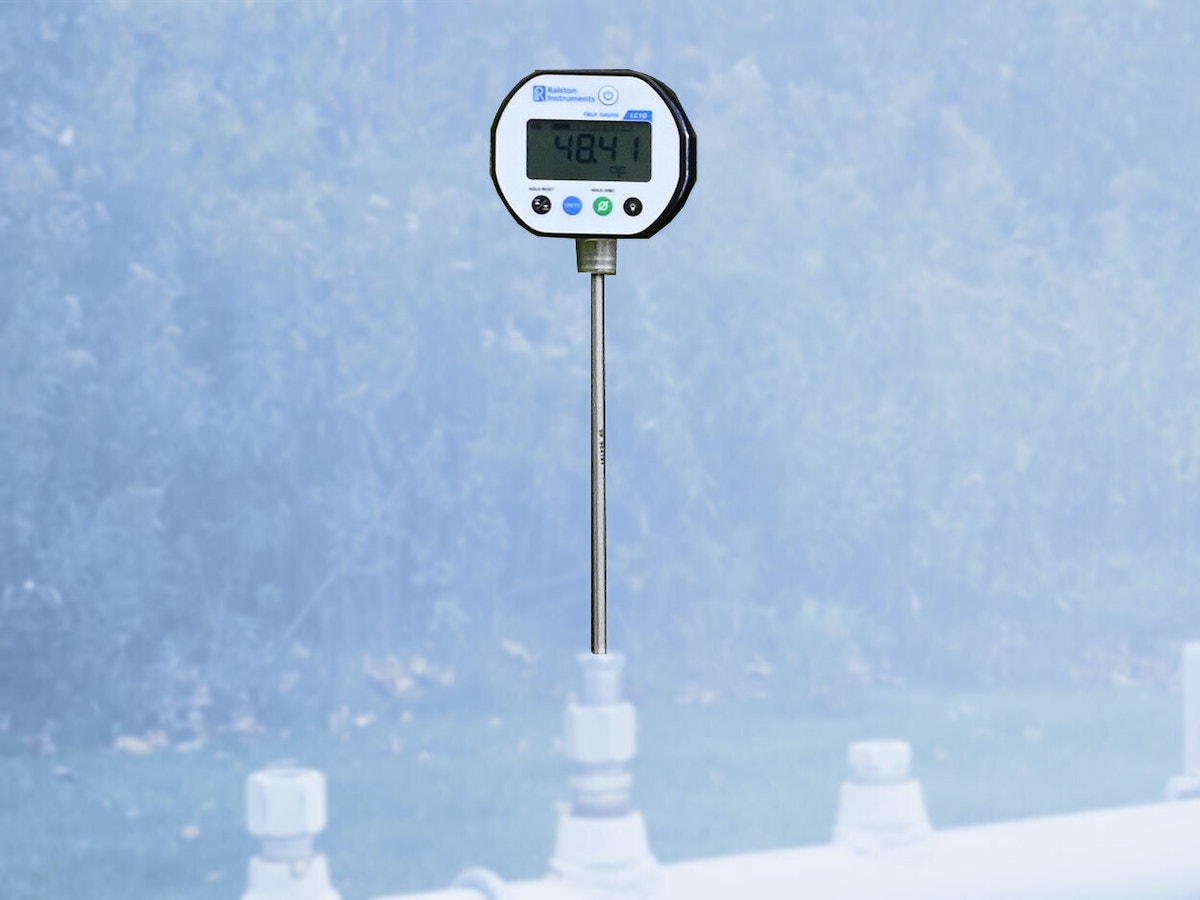 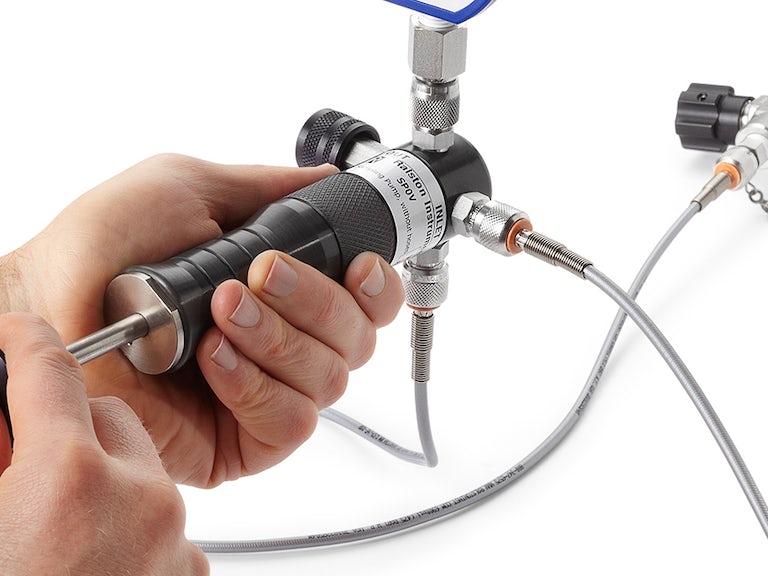 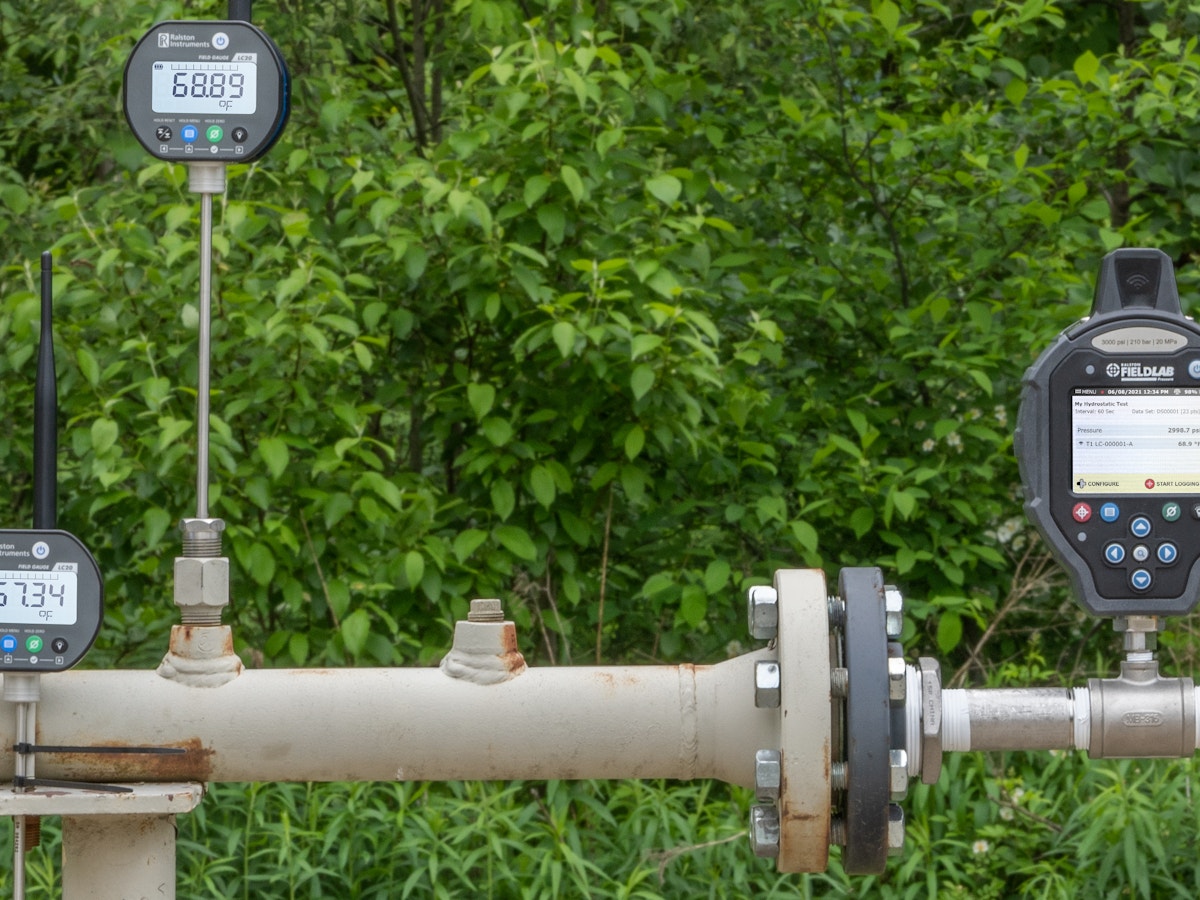 What is Hydrostatic Pressure Testing?
Testing 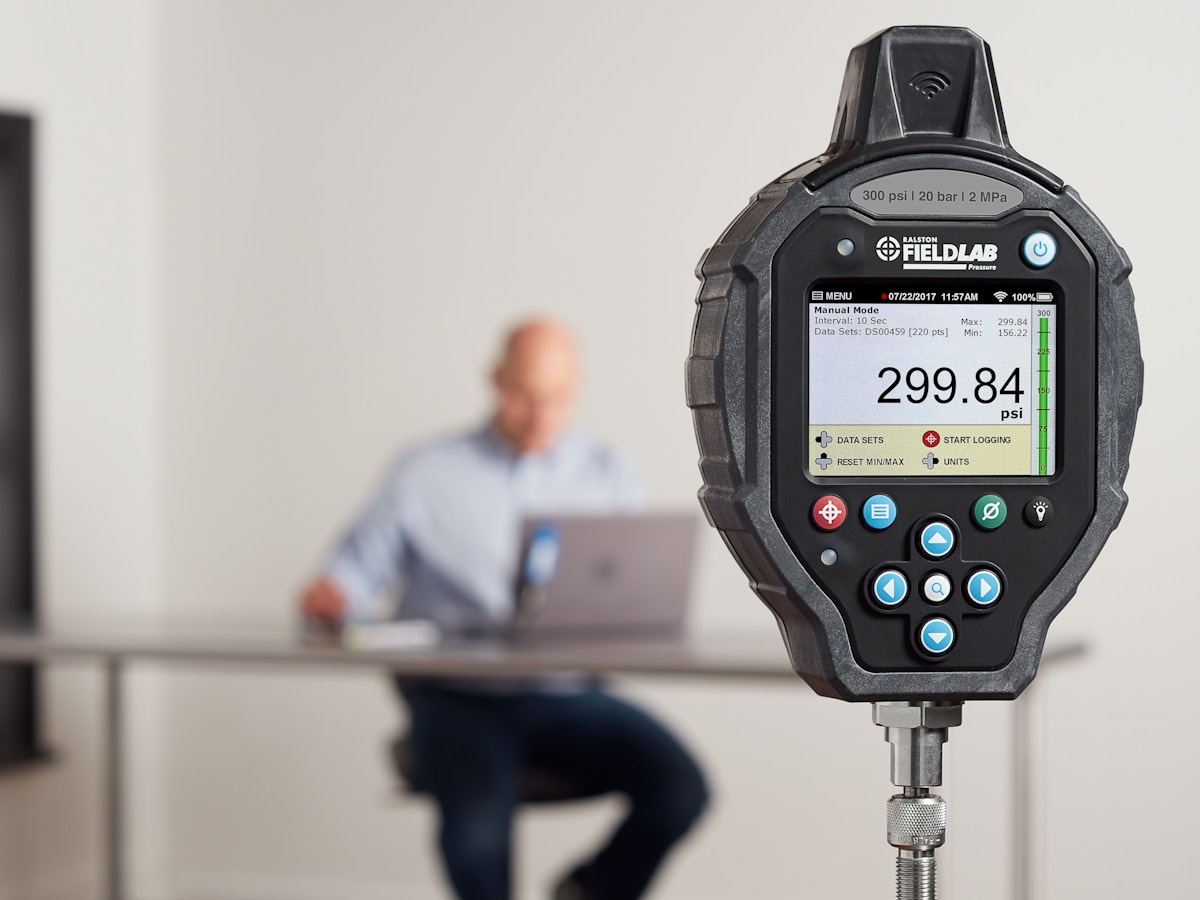 What is Data Logging?
Testing 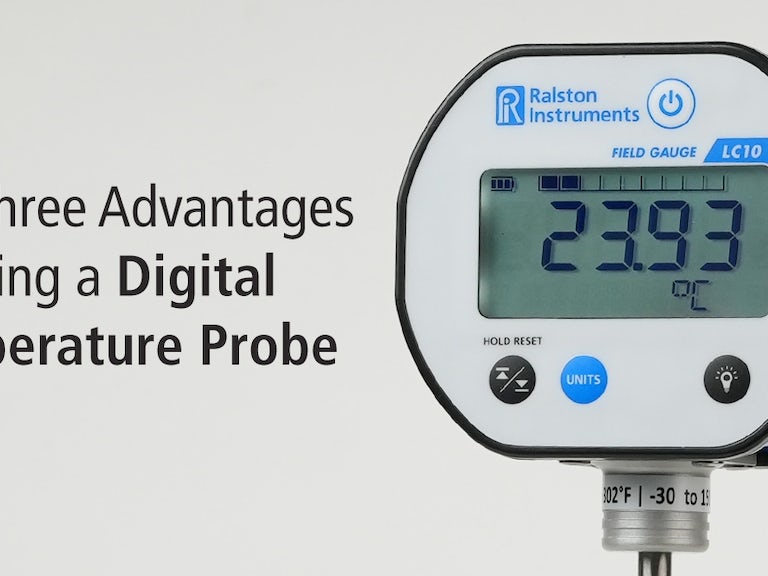 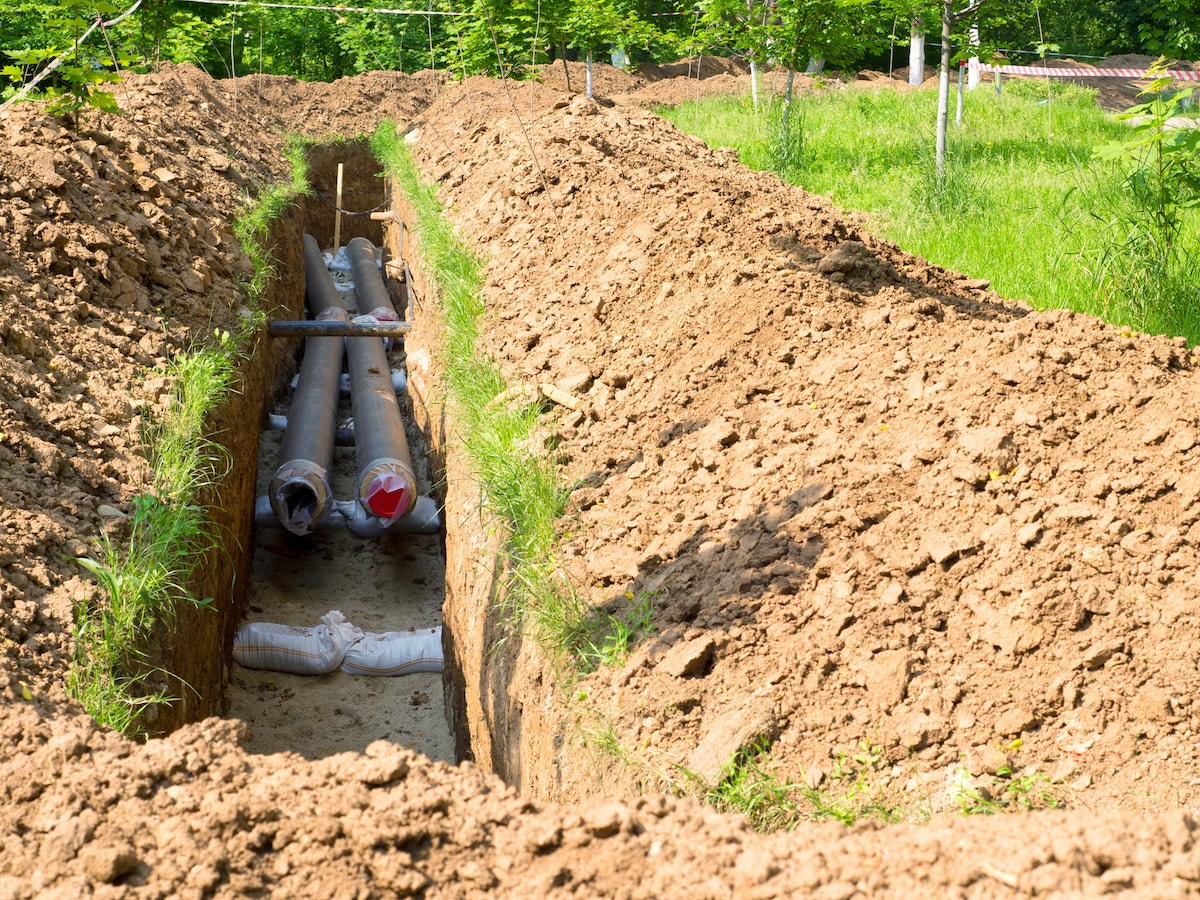